LocationG402 (4F G Block)
DescriptionAfter being bossed around by the royal guard his whole life, the Queen’s corgi’s luck changes when the entire British Royal family dies, leaving the corgi next in line for the throne. He takes charge of England with an iron fist, but when things get over his head, he finds himself panic-stricken, way in over his head with the future of Europe in his hands. When the guard finds him, he is able to talk the corgi down from the ledge but not without some unexpected, devastating consequences.
Contributor 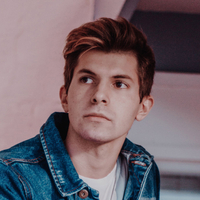