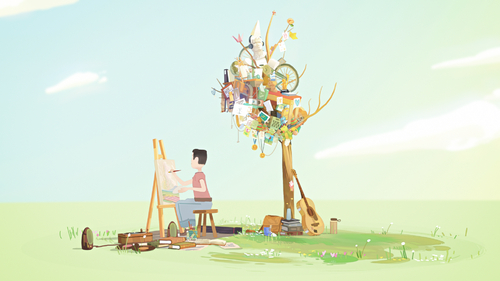 LocationHall C (4F, C Block)
DescriptionMulti-Emmy®Award-winning Baobab Studios presents Namoo, a narrative poem come to life as an animated short film directed by Oscar®-nominated filmmaker Erick Oh (Opera). Inspired by the passing of Erick’s grandfather, Namoo -- which translates to “tree” in Korean -- follows the meaningful moments of one man’s life from beginning to end and marks Oh’s most personal work to date.

The film, completely hand-painted, follows the journey of a man from his beginning to his end. As a young man, he falls in love with painting and as an adult, he falls in love with another person. Nothing lasts forever, and he eventually finds himself a broken man who puts a bandage -- literally -- on his past and his mind on the future in order to move on. As he faces his own mortality, does he learn to accept the life he’s led?
Contributor
Larry Cutler
Executive Producer
Baobab Studios
Director
Erick Oh
Producer
Larry Cutler
Executive Producer
Back to top