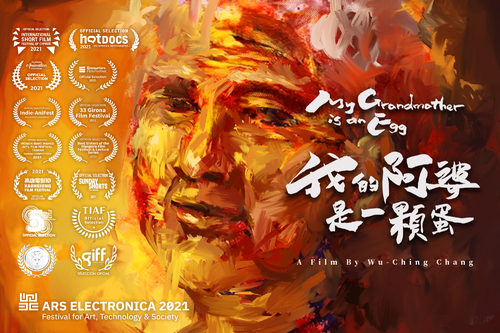 LocationHall C (4F, C Block)
DescriptionThe animated short film is based on the director's grandmother's experience as a T'ung-yang-hsi. T'ung-yang-hsi is the traditional practice of pre-arranged marriage in East Asia, selling or giving a young girl to another family to be raised as a future daughter-in-law. The tradition has vanished for decades, but the patriarchal shadow still lingers.

Focusing on female issues, the film aims to reflect upon women's oppression and struggle for freedom. Trying to be true to the historical context, the narration is based on interviews with the director's grandmother’s children, and research in feminism in animated short films at Royal College of Art in the United Kingdom during pre-production stage.

Egg is an important symbol in the film. As the metaphor of women in the film, eggs are the symbolization of the productive roles in the male-dominated society. After labor and oppression experienced by a T'ung-yang-hsi, the film reaches its climax with Hakka 'Old Mountain Song' combined with turbulent waves. Behind the rail track, there is the sea. Across the sea, therein lies freedom.

Except for 2D animation with hand-painted texture, this film contains multiple experimental practices, such as animating with eggs, egg white, and egg yolk. Digital cut-out animation, and paint on old photos. This film also contains historical archives, the Household Registration Transcript during the time of Taiwan under Japanese rule.

From microscopic to macroscopic, from personal witness to the general phenomenon in the society, audiences may glimpse the long past, imagine women's situation in our own times, and look forward to striving for gender equality in the future. The director hope audiences may gain fresh insight into the impact of social norms and power structures on our daily life.

Egg is life per se. Eggs are fragile, but at the same time tough. My grandmother is an egg.
Contributor 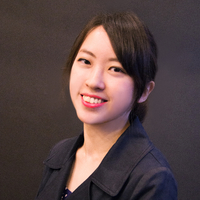