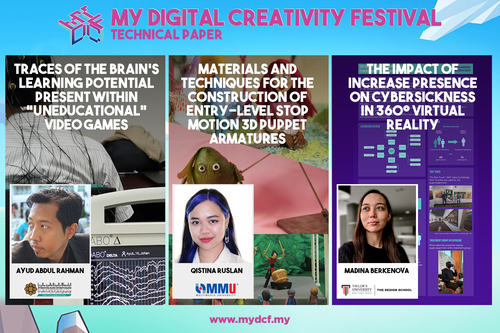 Experiential and practical study on the creation and fabrication of 3D puppet characters for
stop motion animation. This study aims to devise a starter armature puppet to practice and
teach intermediate stop motion animation. Practical studies will include the design and
materials used to create the learning puppet, made with mediums only consisting of
available materials. The learning puppet’s teaching scale will take into consideration these
aspects: difficulty, level of teaching, animation technique, spatial understanding for
animation. The purpose of this blueprint, in addition to having a clear design guide for
building armatures for stop motion animation, is to provide practical studies for animators
both digital and physical, and to improve and provide an adept and refined understanding of
animation applications.

Virtual Reality (VR) has become a major disruptive technology that influences various industries most prevalently, the entertainment sector. The number of 360° video content has grown exponentially on YouTube and Facebook as VR video has become the first immersive VR experience a typical user will have [1]. With this innovative technology, a side effect has also
appeared and proven to be unpleasant physical discomfort called cybersickness [2]. Symptoms of mentioned discomfort include headache, nausea, eye strain and dizziness. There are multifactor theoretical causes of cybersickness; however, there is the influence of other important factors such as “presence”, or the sense of “being there”, in the Virtual Environment [3][4]. Recent research findings have recorded positive, negative, or null presence and cybersickness correlations [5]. This study aims to measure the influence of (a) 360° video (computer screen (2D) and head mounted display (3D)), (b) 360° stereo sound (2D) and spatialized (3D) on the users’ presence and its effect on cybersickness in a 360° VR video. The Igroup Presence Questionnaire (IPQ) to measure the presence and the Simulator Sickness Questionnaire (SSQ) for cybersickness were used. The results revealed no statistical
difference between video and sound on cybersickness. However, there was a significant difference between the computer screen and HMD (Head Mounted Display) experience on presence. It was also observed that presence and cybersickness had a weak negative correlation.

Visual elements in video games contribute to a huge factor in the design decision of the production. This research explores the science behind the psychology of design styles in video games via quantitative analysis. Until now, there is no science that measures the connection between design styles and their influence over the human mind. Current guidelines for designers to decide design style is vague, relying on the traditional formula of using shapes
as symbols for psychological influences. While this approach had been used for ages, modern artistic works sometimes exploit the concept the other way around. In this research, the data acquired for analysis were obtained from EEG signals. Subjects play 2 video games of distinct design styles – abstract and realistic - following a strict research protocol for EEG experiments. EEG data sets collected include brain’s cognitive functions, players profile, stimulated emotional responses, resting state, game playing sessions, and post-experiment state. These numerical measurements are classified using machine learning by applying a known computational model that was constructed from stimulated emotional responses.
Presenters 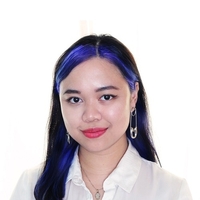 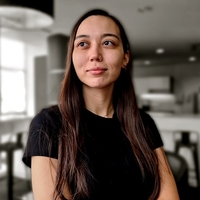 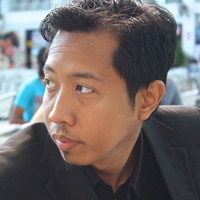