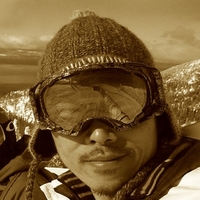 Biography
Takahiro Harada is a researcher and the architect of a GPU global illumination renderer called Radeon ProRender at AMD. At the same time, he’s leading software development in Morgenrot, Inc. He developed Forward+ and GPU rigid body simulation solver, which is used as a base of the Bullet physics engine OpenCL implementation. Before joining AMD, he engaged in research and development on real-time physics simulation on PC and game consoles at Havok. Before coming to the industry, he was in academia as an assistant professor at the University of Tokyo, where he earned his Ph.D. in Engineering.
Presentations
Technical Communications
Sparse Volume Rendering using Hardware Ray Tracing and Block Walking