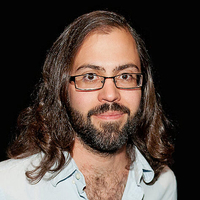 Biography
Stephen is a principal scientist who strives to develop new creative tools for digital artists by exploring novel interfaces and interaction modalities. His research covers a number of topics, including virtual reality, 360 degree video, augmented reality, natural media painting, vector graphics, color theory, and GPU computing. During over ten years combined at Adobe, Stephen has shipped a number of features in Photoshop, Illustrator, Premiere, After Effects, and our iOS apps including Sketch, Capture, Eazel, and Color Lava. Stephen received his B.S. in computer science from Harvey Mudd College in 2002 and his Ph.D. in augmented reality in 2007 from University of California in Santa Barbara, where he was advised by Tobias Höllerer in the Four Eyes Lab. He interned with Adobe in 2000, 2001, and 2003, joined full time from 2007 to 2012, went to Google for three years, and returned to Adobe Research in 2015.
Presentations
Real-Time Live!
RealitySketch: Augmented Reality Sketching for Real-time Embedded and Responsive Visualizations