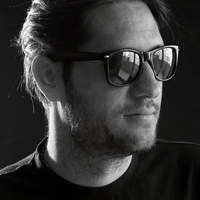 Biography
Milivoj Popovic (1979) graduated from the Arts Academy in Split, Department of Sculpting, in 2014. He is an external associate at the Arts Academy, where he teaches Digital Sculpting. He co-founded Lemonade3d, a CG and animation studio that later became Prime Render Studios, where he works as director and producer. He worked as producer and 3D artist on short animated films that received over 70 international awards, including the awards at Aspen and Annecy.
Presentations
XR
Dislocation