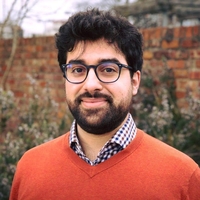 Biography
Simone Giampaolo is a London-based director with an insatiable appetite for storytelling and humor. In 2013, he graduated with distinction from the BA (Hons) Computer Animation Art & Design course at the NCCA in Bournemouth (UK). Between 2014 and January 2018, Simone worked as animation director in the commercial department at Blue-Zoo Animation on a multitude of projects for clients such as Cartoon Network, Google, Disney, LEGO, Nickelodeon and BBC. In the past few years, he’s been crafting short films and mini-series at Jellyfish Pictures, Axis Studios, Ritzy Animation and Aardman.
Presentations
Computer Animation Festival
Computer Animation Festival – Electronic Theater
Only a Child