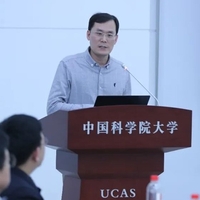 Biography
Shen Li-Yong received his Ph.D. degree in Dept. of Mathematics from University of Science and Technology of China in 2005. From 2007 to 2008, he was in Shanghai Key Lab of Trustworthy Computing Software Engineering Institute, East normal university of China. From 2015 to 2017, he visited Department of Computer Science, Rice University. And from 2016 to 2017, he visited Department of Physics and Mathematics, University of Alcalá. Since December 2008, he has been a faculty member in School of mathematical Science, Graduate university of Chinese Academy of Sciences.
Presentations
Poster
Patching Non-Uniform Extraordinary Points with Sharp Features