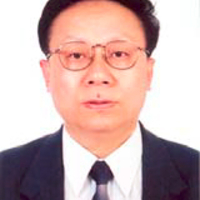 Biography
Enhua Wu received his BSc in 1970 from Tsinghua University, Beijing and stayed teaching there until 1980. He was awarded PhD degree from University of Manchester, UK in 1984, followed by working at the State Key Lab. of Computer Science, Chinese Academy of Sciences since 1985, and also as a full professor of University of Macau since 1997. He is an Associate Editor-in-Chief of JCST since 1995, and the editorial board member of CAVW, Visual Informatics. He is a fellow member of the China Computer Federation (CCF). His research interests include realistic image synthesis, physically based simulation, and virtual reality.
Presentations
Technical Communications
Viewport-Resolution-Independent Anti-Aliased Ray Marching on Interior Faces in Cube-Map Space