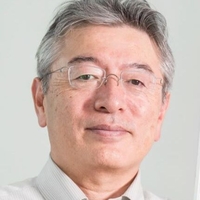 Biography
He is a professor at the Nara Institute of Science and Technology, Leader of the Tourism Information Analytics Team, AIP Center, RIKEN, and Honorary Professor of Karlsruhe Institute of Technology, Germany. He received B.S. from the Kyoto Institute of Technology in 1981 and a Ph.D. from the Kyoto University in 1992. He was Director of ATR SLC Laboratories in 2000-2008, Director General of Keihanna Research Laboratories, NICT in 2009-2010. He was an elected Board Member of ISCA in 2011-2019, and IEEE SPS Speech and Language TC in 2013-2015. He is an ATR Fellow, IEEE Fellow, and ISCA Fellow.
Presentations
Technical Communications
Anime Character Colorization using Few-shot Learning